Save the Vultures from Extinction

The Indian subcontinent was home to tens of millions of vultures. Since 1985 however, the population of vultures has been steadily declining. By the 1990s, it was confirmed that 92% of the vultures had vanished across all regions in northern India. A 2007 survey found that a staggering 99.9% of the oriental white-backed vultures had declined over the preceding 15 years. The long-billed and sender-billed vultures declined at similar rates across the whole of South Asia.

In 2020, Savera Charitable Trust joins the SAVE Movement.

Donate to Our Vital Breeding Program (direct to campaign donation)

By donating 400 Rupees a month, you’ll be contributing to a secure future for Indian vultures and for all South Asia (donation: one-time donation and monthly donation)

Through the collection of dead and dying vulture carcasses, researchers quickly established that 84% of dead birds in India, Nepal and Pakistan were characterized by the presence of extensive visceral gout. Visceral gout is caused by a buildup of uric acid, which at very high levels crystallizes in the body thus coating all internal organs in a white ‘paste’. The presence of visceral gout in vultures suggested that the cause of death was likely to be related to kidney failure. In fact, some birds appeared sick and lethargic for a protracted period before death, with a characteristic ‘drooping head’.

Dead birds were tested for pesticides, herbicides, toxic heavy metals, and other environmental pollutants. Nonetheless, researchers were baffled to find that while trace levels of some of these compounds were detected, in the majority they were at insufficient levels to cause physiological damage. Furthermore, there was no link between these compounds and gout found in most dead birds.

Then, in 2003, came the diclofenac breakthrough. Researchers working for the Ornithological Society of Pakistan and The Peregrine Fund, led by Professor Lindsay Oaks from Washington State University, USA, recognized a link between a class of painkiller known as Non-Steroidal Anti-Inflammatory Drugs (NSAIDs) to kidney failure and cases of visceral gout in birds. Visiting pharmaceutical stores in Pakistan, the team found that the new, NSAID, diclofenac, had recently come on sale and was commonly available. Investigations of carcasses showed that every bird that had visceral gout also had traces of diclofenac and those with no gout had no diclofenac. The team then gave diclofenac to vultures, either by injecting birds or by feeding flesh from buffalo and goats injected with diclofenac, and birds that received a high dose of diclofenac died within days of treatment, with extensive visceral gout.

In 2004 the results of this work were published in the journal Nature and extensive research was conducted which established the same correlation between gout and diclofenac in India and Nepal.

The conclusive findings on diclofenac, as the main cause of vulture declines in South Asia, led to its official ban in India. However, diclofenac is not the only vulture-toxic Non-Steroidal Anti-inflammatory Drug (NSAID) in use. Other veterinary vulture-toxic NSAIDS are now competing in the market, namely: aceclofenac, carprofen, flunixin, ketoprofen, nimesulide and phenylbutazone.

The only known vulture-safe NSAID is meloxicam. Trials with meloxicam show no indication of harm, with all birds surviving, and no evidence of elevation of the concentration of uric acid in the blood, which occurs shortly before death in vultures treated with diclofenac and other NSAIDs. This trial, conducted in South Africa, tested meloxicam by administering it directly to vultures by giving it orally through a tube and by feeding tissues of livestock that were slaughtered shortly after they had been treated with a veterinary dose of the drug (thereby replicating the way that wild birds are exposed to meloxicam).

Similar trials were then conducted and published in India providing further impetus to the promotion of this safe drug in Asia.

In India and Nepal cows have a sacred status for Hindus and are not eaten. As a result, livestock carcasses became available for vultures in Asia and became their principal food source. In fact, vultures are extremely effective and efficient scavengers with the capacity to reduce an adult cow carcass to bare bones within an hour. This rapid cleaning mechanism has been the traditional way of disposing of carcass in Asia and communities continue to place carcasses of animals on the outskirts of villages or at large municipal dumps.

During the early 1990s there were an estimated 100-160 million vultures in India that consumed around 20 million tons of carrion annually. The collapse of vulture numbers in the Indian subcontinent means that there is now an abundance of available meat and caresses across the region – a gap that other scavengers are now rising in population to fill.

With the almost complete collapse in vulture numbers, South Asia has now lost 99% of its carcass disposal system. Vulture declines have been associated with an increase in feral dogs across the region – population that was numbered at 17-18 million in the early 1980s, reached 30 million in 2005.

At carcass dumps the situation is severe with packs of several hundred dogs taking the place of the hundreds or thousands of vultures that used to be present. Such large packs of dogs are highly aggressive and the Indian press has reported several cases of children and adults being killed. Moreover, the increase in dog numbers and rotting animal carcasses has major implications for the potential risk of both human and animal diseases, such as, anthrax, brucellosis and tuberculosis. A major concern is that the rise feral dog population also furthers the spread of rabies in the region.

Currently, India has the highest incidence of rabies in the world. About 60% of all documented cases are reported in India (equaling 20,000 cases each year). Of these, 96% is a result of dog bites. An economic evaluation shows that between 1993-2006 alone, the costs associated with the decline of vultures combined with the management and cost of rabies would have amounted to the US $ 34 billion.

The costs to conserve vultures are a fraction of this total.

(Infographic) Vultures are essential to a balanced ecosystem. Our international partners are conducting thorough investigations and monitoring programs to ensure the safety of vultures in the future. Your generous contributions are enabling us to,

In 2020 Savera, BirdLife International, and the Society for the Protection of Birds (RSPB) join hands to Save the Vultures from Extinction (SAVE) in the Indian subcontinent through specie recovery programs. 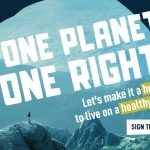